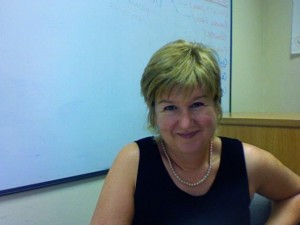 “Ask a teenager while they still know everything.” This advice apparently turned up as graffiti on the New York underground. In my experience, it’s a pretty helpful piece of advice.

What I have learned most from enterprising young people …. is actually about enterprise in young people. Which is quite funny. Because if you look at social, education and industrial policy over the last 20 years, you could be forgiven for concluding that enterprise is an uncommon commodity, that it has to be carefully planned for, that it’s only accomplished by a select few (and not always the ones you might predict from the school report-card).

So it’s funny, and reassuring, to find out that in fact young people know plenty about enterprise. Naturally.

Over the past 5 years or so, our work has helped us to learn lots about enterprise from young people and although much of it may sound like common sense, we find that all too often it’s not common practice. So now we think of it as ‘Uncommon sense’.

First piece of uncommon sense – enterprise is normal. Humans just are enterprising. It’s a reflex and young people continually remind us of this, often as much by their actions as by their words.
Faced with a challenge, and left to deal with it, young people will be remarkably resourceful in devising a solution. And often (environmentalists take heart), without depleting all the resources. In our work, a ‘client’ organisation enlists the help of teenagers to generate new insights on a real issue facing the organisation. The young people often have a modest cash budget as part of their brief. It’s seldom used up. They know how to make limited resources go a long way. You might even say they are experts at it.

The next lesson about Uncommon sense has been a hard one. We have learned never to underestimate the ability of adults, especially those accustomed to power, to forget that enterprise is natural. We see this when initiatives to encourage enterprise among young people start off with adults planning the actions that they will take, focusing on what they will do to and for young people. We find that young people always spot this, often before others do. Sadly, by the time they are adolescents, they have often learned that it’s easier to accept it than counter it. However, given the opportunity young people are able to explain with clarity and honesty that it is the behaviours and attitudes of the adults around them that have the biggest impact on a young person’s energies, aspirations and levels of engagement. That’s why we are delighted to see increasing attention being paid to ‘the asset-based approach’, a way of thinking about interventions that starts first with what is already present and seeks to nurture that. An asset based approach to enterprise – now that would be a movement worth getting up in the morning for.

Young people have also helped us to appreciate that young people themselves are a powerful catalyst for change.

In some ways, adolescence is almost like a tipping point for enterprise. Much has been written about the transition from childhood to adulthood and how a successful journey depends on taking some pretty big steps into the unknown. Scott Peck talks movingly about this in his book The Road Untravelled and encourages us to try to remember the fears we felt as adolescents when we started to experiment with the freedom and responsibilities of becoming an adult and making choices. In our work, we have noticed that young people seem to have an intuitive understanding of the importance of risk for innovation. And as Scott Peck argues, it’s not just reckless pushing of boundaries, but in fact a conscious willing-ness to face the fear and try something new. We have learned that young people’s courage in this regard, can be hugely helpful in energising others to look at change appreciatively.

And finally, we have learned that young people themselves are good at knowing how to create the conditions that will encourage enterprise in other young people. They know why space for creativity and enterprise matters – despite the fact that they are not always offered it.

So if you’d like to engage the voice and enterprise of young people, don’t wait.
They can and will help you.

Heather is the founder of Space Unlimited, an innovative social enterprise that offers fresh insights and inspiration for change, by helping clients like Scottish Government, National Museums Scotland and Oracle to collaborate with young people who see things differently, approach problems imaginatively and aren’t afraid to say what they think. The young people benefit too, authoring their own response to an open enquiry builds confidence and transferable life skills. Our work may sound common sense but it’s not common practice. And it can change minds.

1 Comment on What I have learned from enterprising young people …..

Leave a Reply to Phil B Cancel reply