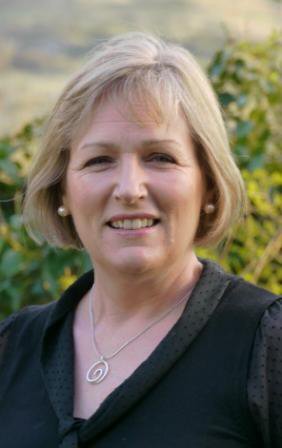 Since I started my business 7 years ago I have had the opportunity to work with young people in a variety of enterprise projects. I learned so much from them during those projects but what stays with me most is their ability to ask great questions.

Let me illustrate this with a couple of stories

A group of 2nd years ( 13 year olds) from a school in the Scottish Borders were taking part in an enterprise project in conjunction with a local business. The business had a real current issue and the young peopl , acting as consultants, undertook research and with a view to making recommendations. I was their coach and worked with them at school during hours. The day finally came when they returned to the “client” to present their findings and suggestions. The business took the project very seriously and most of their senior managers came to hear what they young people had said. The business issue in this case was to find a way to communicate news and information about the company effectively. Having conducted a survey and some interviews with staff the young people recommended a news-sheet that would be available in the canteen – somewhere most staff would be at some point in the day.

One manager said that while he accepted the findings that they had had a news-sheet before and it had not worked and the young presenter asked him “what do you think was wrong with it in that form then?”.

I have to say that there was a sharp intake of breath from the adults in the room but it was a great question and after a moment an inspiring idea sharing session ensued between the managers and the young people.

On another project the young people were going through the pain of the storming part of teambuilding. ( Tuckman’s Forming Storming Norming Performing model http://www.businessballs.com/tuckmanformingstormingnormingperforming.htm) and things were getting very unpleasant for them. There was much grumbling and a few tantrums with a bit of sulking thrown in for good measure. Eventually one of team said “If you don’t like it what are you going to do about it?” It certainly stopped folk in their tracks and made them think. She placed the responsibility for making change squarely back in the hands of the grumblers and moaners. Some left the group – as was probably always going to happen – and the others were now freed up to get on with things. Those who stayed, not surprisingly , looked to the person who asked that great question to lead them . Which is exactly what she did.

There are many stories like these. The thread running through them all is that the young people I have met ask simple straightforward questions – and from a position of curiosity not to score points or for any other underhand reason.

Could it be that in business we make things too hard for ourselves by overthinking how we ask questions? I don’t hear the young people start with “This might seem like a silly question..” – they just asked it because they wanted and needed to know the answer.

The value and benefit of keeping language simple was another lesson I learned from a young person. I learned to coach as part of a Columba 1400 Leadership Gemini programme where eight of my then colleagues and I shared the experience with eight young people from the Princes Trust. It is common to work in triads when learning to coach where one person coaches, one is coached and one observes. I was acting as coach with my colleague and the observer was a young man in his late teens. The observer is meant to play no part in the process but a short way into the session he butted in with “I have no idea what you two are talking about”. We stopped and reflected and realised that we had lapsed into “business speak” otherwise known as jargon . The trouble with that was expertly highlighted by his comment. If we excluded him in that session then who were we excluding generally by speaking that way? And why were we doing it anyway?

I’m not sure that he realised quite how much of an impact he had but the point he made was made simply and clearly without fuss and frills. Something to bear in mind !