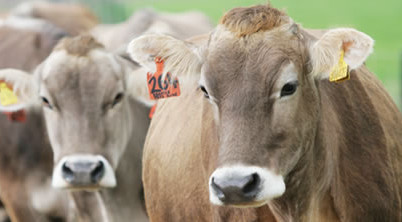 Scottish Organic Milk is a marketing co-operative of local dairy farmers who manage the supply of organic milk in Scotland right through from the cow to the consumer.

Scottish Organic Milk is a marketing co-operative, founded in 2003 by a group of farmers, to help promote Scottish organic milk. The co-operative currently has around 30 farms spread across Scotland and by working together they are able to get sales for their milk beyond what they could expect if working as individual producers.

Before the co-operative was formed producers felt isolated and defenceless. I was brought in to help them come together to increase their collective sales of organic milk. The farmers sell into the association and the association sells it on to supermarkets and other outlets, such as ice-cream manufacturers.

The advantages are clear;

In the co-operative it is one farmer one vote so every producer has an equal say in how the co-operative is run. It has a real family feel. If the farmer was selling individually into large organisation they would have no say at all, or at most be a very small cog in a very big wheel. Being part of a co-operative, which costs a very small monthly fee which is matched by the Scottish Government, gives them a huge amount of control over the business.

8 years ago 2 million litres of organic milk were produced in Scotland, now it is over 25million. Part of the increase is due to the increased market for organic milk but mainly it is due to the collective success of the co-operative. In the past organic milk was largely just added to the general milk pool. It was soul destroying for the farmers who put lots of effort into producing a high quality organic product just to see it lost in the overall pool. And of course they weren’t thern able to command a premium price for their premium product. Now all Scottsih organic milk comes into the co-operative for re-sale as an organic product.

Having a guaranteed milk supply is a great help to supermarkets. When they are assured of supply they are happier to market the product. Years ago it was not possible to ensure round year organic milk production in Scotland, with farmers unable to produce milk in Scotland due to the calving patterns of their herds. The co-operative has encouraged farmers to share information. On average, each farmer has between 80 and 150 cows, and each individual farmer will favour a specific breed of cow which is compatible with their location, size of farm and herd management process and by working together throughout the year an all year round supply is ensured. Supermarkets are now so sure of supply that they are confident enough to have own label organic milk on their shelves.

And before farmers came together it it was not uncommon for farmers to have no idea how much they would be paid for the milk they were producing. There was a “stock market” for milk if you will. By having central negotiation each farmer now knows how much they will be paid for their milk.

The final benefit is that the co-operative is able to get information from larger buyers, such as supermarkets, in a way that individaul farmers never could. The co-operative can track trends and get forward projections in order to tailor production. An individual farmer simply wouldn’t have access to this information.

Every organic farmer in Scotland is part of the co-operative, whose priorities lie not only with our customers and consumers but with the farmers who operate under tight regulatory standards to produce their quality product. Organic milk from Scotland is sold throughout Scotland and the UK, and in addition to bottled liquid milk, you will find it in a range of products including, ice cream, butter, yoghurt and cheese.

The co-operative continues to grow as more farmers turn to organic production methods and appreciate the value of the co-operative.

As stated earlier in the article, the benefits are clear and our thanks to Stuart for taking the time to explain them to us.