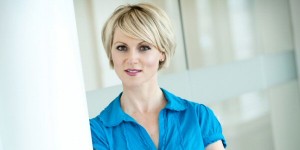 “Women will be the greatest single force for economic recovery”.
So said by a (male) partner in a major consulting firm in 2009.

We all know that the statistics are staggering – that women own or co-own 40% of US businesses and that women-owned businesses are growing at twice the rate of all US companies; that women now start most of the new businesses in the US and that the number of wealthy women in the US is growing at twice the rate as the number of wealthy men; that women control 48% of UK wealth and that this is projected to reach 60% by 2025; that over the next five years, female incomes will grow, driven by movement towards parity wage and an increase of 200 million women in the working population around the world. That women in the BRIC nations are documenting phenomenal aspirations for wealth, success and influence and that women are generally optimistic about their growing influence and how they will help drive peace and economic prosperity. Surveys consistently indicate that women increasingly seek out employers, companies, products, activities and organisations that enable them to help others in a meaningful way; whilst women want to make money from their ventures, they don’t want to make it at any cost.

The work I and my team did at HBOS from 2003 – 2009 – in fact, until the financial crash made it impossible to carry on progressing the unique programme focused on understanding and aiming to better serve female customers, particularly entrepreneurs – showed to us time and again that women really did often do things differently. Their attitude to debt and to risk was often markedly different to that of male counterparts, as women preferred to grow their business more organically, with less gearing and less immediate financial risk.

They were NOT risk averse when it came to the bravery of launching new businesses, new ways of doing business or new creations – but their attitude to FINANCIAL risk was often noticeably measured and cautious. It is reductive and ultimately pointless to make sweeping statements about how ‘Men are X’ and ‘Women are Y’ but it is equally foolhardy to pretend that men and women think, act, speak and communicate in the same fashion. Any of us who has been in a relationship with the opposite gender for more than 3 days will tell you that is patently not the case. And why would it be different when it comes to business?

One of the most commonly cited reasons given by women who had started entrepreneurial businesses in their 30s was a mismatch in values they had experienced whilst working in Corporates or large businesses. So they wanted to start their own so they could do it their way; however, academic evidence showed that women tended, on average, to start their businesses with much less start up capital (often only 30% of the capital used by men at start up) which often led to women’s businesses being under-capitalised, growing more slowly, employing fewer people and generally remaining smaller. What we don’t have yet are enough statistics to look at what has happened as a result of recession – has the lower gearing, slower growth and tighter financial control actually paid dividends in the long term in the sense of survival rates? Does it matter whether women’s business grow more slowly or stay smaller – how much does size really matter?

The recession has been referred to by some commentators as a ’Mancession’ because men were disproportionately represented in the industries hit hardest by this economic downturn, such as financial services, manufacturing and construction. Women, meanwhile, are increasing their participation in the workforce and they can be entrepreneurial within organisations as well as outside of them. Women are marrying later, divorcing more and having children less and later, but they remain under pressure to manage both career and household responsibilities, with a huge proportion of women surveyed claiming that the biggest stress in their life is demands on their time.

Entrepreneurship can appear to offer a flexible way of working to suit a lifestyle – that means working flexibly, not necessarily working less. There are many debates and discussions to be had around gender differences, just as there are around whether entrepreneurs can be made as well as born and whether risk management is the same as or as effective as risk taking when it comes to growing a business. What is certain is that there is much less stopping women these days and that the role and status of women is evolving, with a direct impact on their behaviour – and their attitudes to finance.

At Independent Women, we see every day women who are making dozens of choices about their cash; how they earn it, how they spend it, how they save it, how they give it away and how they try to stay in control of it. For entrepreneurs their business is often their baby and providing for it is a passionate commitment. It’s crucial that women don’t forget about themselves here (the ‘Burnt Toast’ scenario) and that they take time and advice to plan for their own lives and futures. With recent reports suggesting that only 30% of females retiring in 2011 believe they have saved enough and young women between the ages of 22-29 being the group who are preparing the least, it’s an issue that has to form part of anyone’s business and / or personal plan.

Women really are going to be a transformative growth engine globally, however they choose to make their money and it may well be that the environments in which that economic influence grows may well look different into the future. And that doesn’t mean the Dragon’s Den will have curtains up. But so what if it did? Women are increasingly doing things their way – that doesn’t make it inferior, superior or perfect. But it makes it their own and we as women should be more and more confident about that.