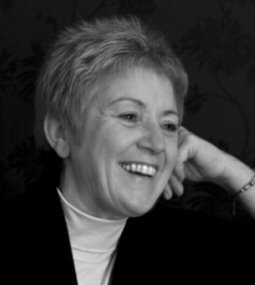 Changing The Way The World Does Business

When we first launched the3rdi magazine our aim way to provide something totally new, totally fresh.

Business magazines were largely written for men and about men; who was at the top, how much they earned, who their beautiful wife was, what car they drove … you know the sort of thing! We felt women wanted something different, that they were interested in hearing each others stories, to celebrate each others success and to inspire each other to greater achievement.

The3rdi has become the most extraordinary collaborative project, bringing together the UK’s most innovative and entrepreneurial women …and 2011 will see us uniting to change the way the world does business.

I have always been an advocate of collaborative working and believe that working together we can be more than just the sum of our parts. What better way to demonstrate that committment than making the3rdi magazine; the business that me, Phil and the team have worked so hard to build, into a member owned and run co-operative. Rather than simply reading the magazine you can own a share of the business!

So what does that mean?
Well, it is clear that the current system isn’t working; women are under-represented in the boardroom and in public office and issues such as work-life balance have slipped off the agenda. The bail-out of the banking system has continued to dictate public finances, with the perpetrators of the failures not only remaining in post, but seemingly unrepentant and still drawing huge bonuses.

Now we could sit back and wait for someone else to fix it … or we can take control ourselves – together we can build a community of women, become powerful on our own terms and be the driving force behind the change we want to see.

Over the past few months three areas have emerged as key if we are to improve things.

Firstly, we must empower the authentic voice of women leaders
Getting more women into the boardroom is not enough. It isn’t just a numbers game. A quota system, even if it was to be accepted by big businesses, which looks increasingly unlikely, would fail if it only delivered lots of women in the male mould. By that I mean women who squeeze themselves into the current system rather than changing the system to better fit them and other women.

We need to be powerful on our own terms and effect change within the system which will allow others to follow in our footsteps.

As a first step we are working in an audacious collaboration with Inspiring Leaders, who are taking the lead in transforming the way we do business by supporting more women into influential leadership positions, pioneering corporate transformation and creating sustainable futures. Amongst us will be senior women leaders: women with spirit; women of action; women of courage; women who make a difference.

Participation is by invitation only and limited to 150 influencers so if you think that you could be one of those women, women who dare to step beyond traditional approaches and who can lead change please get in touch.

Secondly, we are committed to improving women’s confidence and self-esteem
Over the past year I have heard women who were heroes of mine, including figures as diverse as Shirley Williams and Leslie Caron, yes, Baroness Williams of Crosby and the star of Gigi and An American in Paris respectively, all saying that they didn’t really have the confidence to go for the big job, for that starring role. Now, no-one dislikes boasting and posturing more than I do but we have to start to promote our positives. Did you know of Sarah Brown’s involvement with PiggyBankKids? No, neither did I until it popped up on a US awards website!

And our young women need positive role models so that they can aspire to be more than a WAG or a contestant on a reality TV show. There is lots to do but there is lots of great work going on in this area, like the GirlsOutLoud programme delivered by the Well-Heeled Diva and the3rdi ambassador, Jane Kenyon.

The co-operative community will bring together and promote best-practice in this area and create a positive environment in which women can flourish.

And thirdly, we need to Network UP!
I have to confess that I am not a fan of most of the networks that currently exist. Many women’s networks are little more than ladies who lunch. Others are simple business exchanges, swapping a photography session for web site design, for example. Many are just frantic business card exchanges, like children collecting the lastest football cards in the playground, working out which they’ve “got” or “not got” and adding them to the pile, never to be looked at again. And at worst, as Lord Sugar recently tweeted, networking can deteriorate into people just “bullshitting with each other whilst they should be working”.

But there is a place for building a community of people you know; people who you can turn to for help, advice and support in growing within a business or in growing a business. We need to NETWORK UP!, that is to network above our peer group, if we are to build and grow careers and businesses.

Again, there is some good practice out there and the3rdi co-operative community will make that accessible to all women.

This is just a glimpse of my vision and of what we will achieve in 2011 and beyond when we all work together.